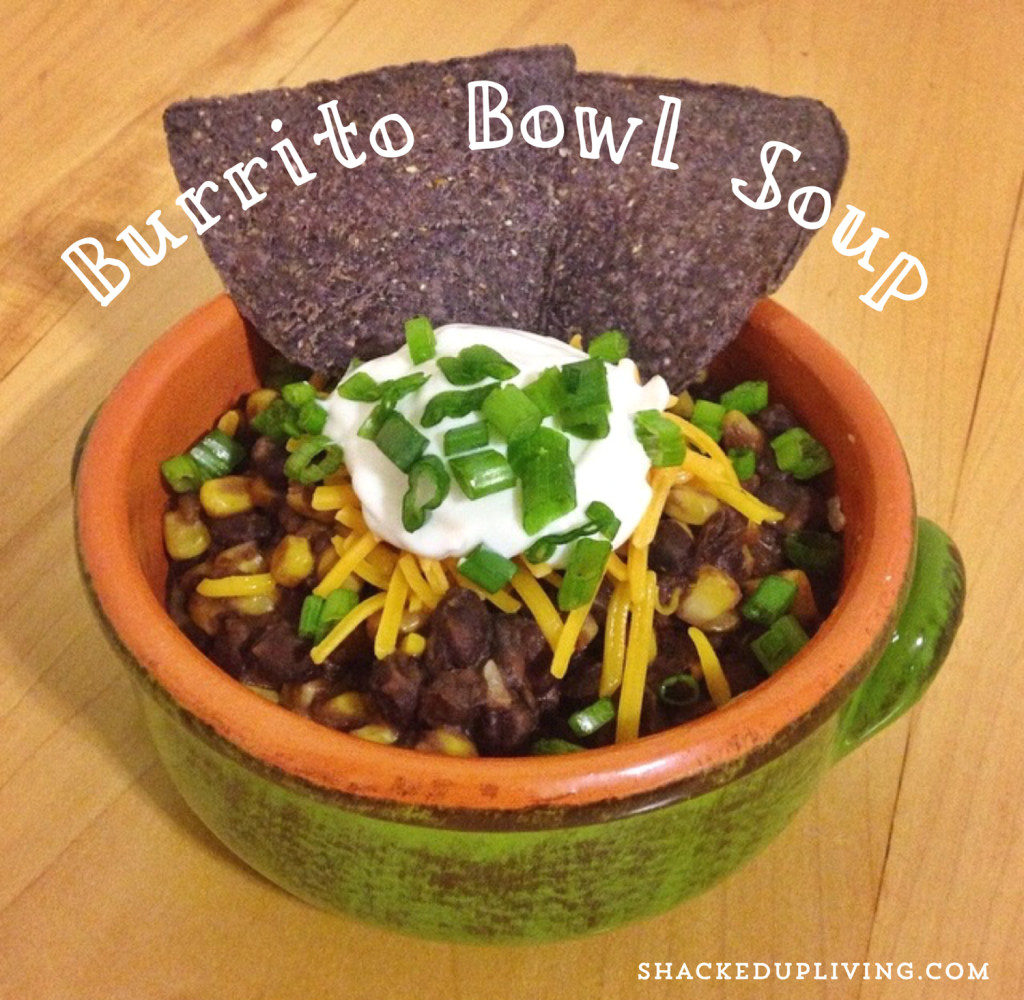 For those of you attempting to feed two people, eating on the cheap is a must.

Fueling my former SEC defensive-lineman can be pricey, so I’m always on the lookout for something to quell his rumbly tumbly, without draining my budget.

My homegirl at work, Lauren Z., is just as cheap and lazy as I am, and she introduced me to her black bean soup recipe.

I took her recipe and added a few ingredients to ensure one batch feeds Roberto and myself for freakin’ ever.

I’m not going to do the math for you, because ew, but besides the initial investment of the spices, this meal is dirt cheap. 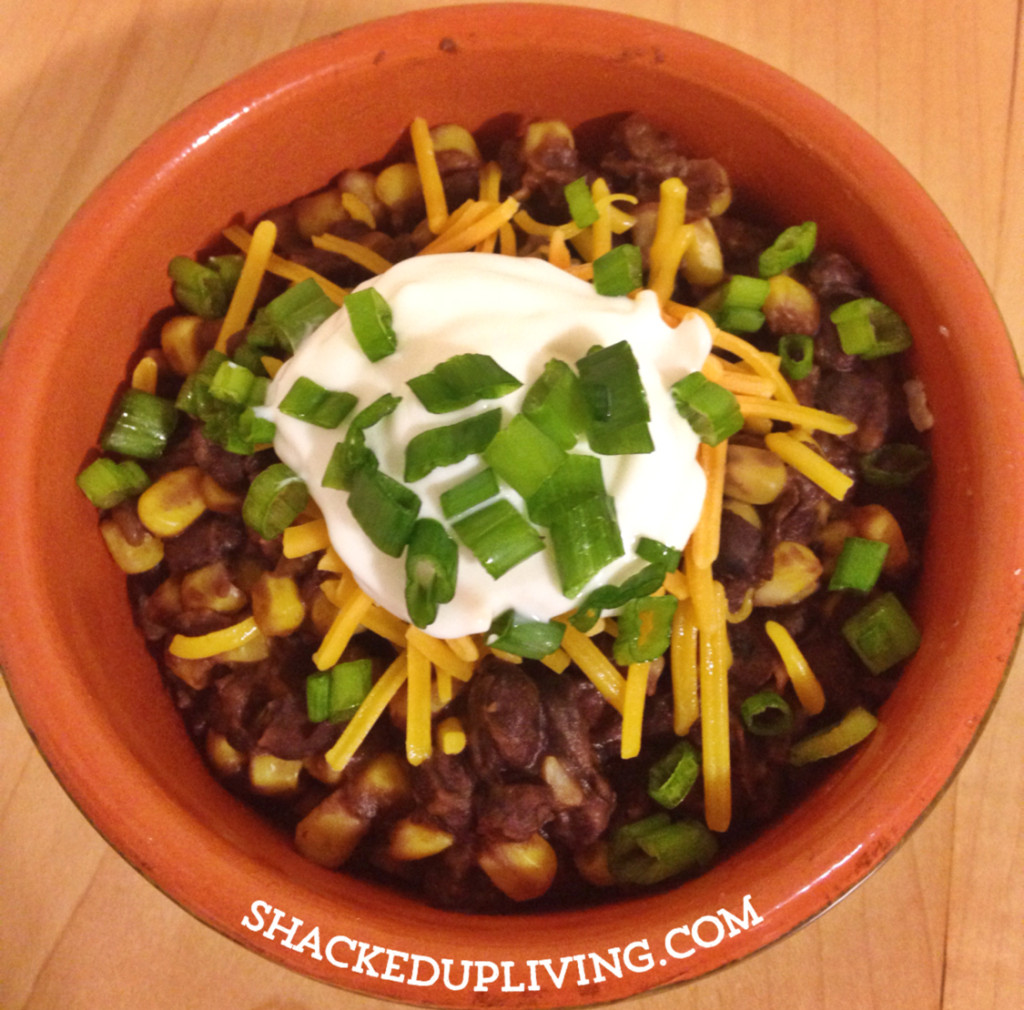 Feeds: Way too many. 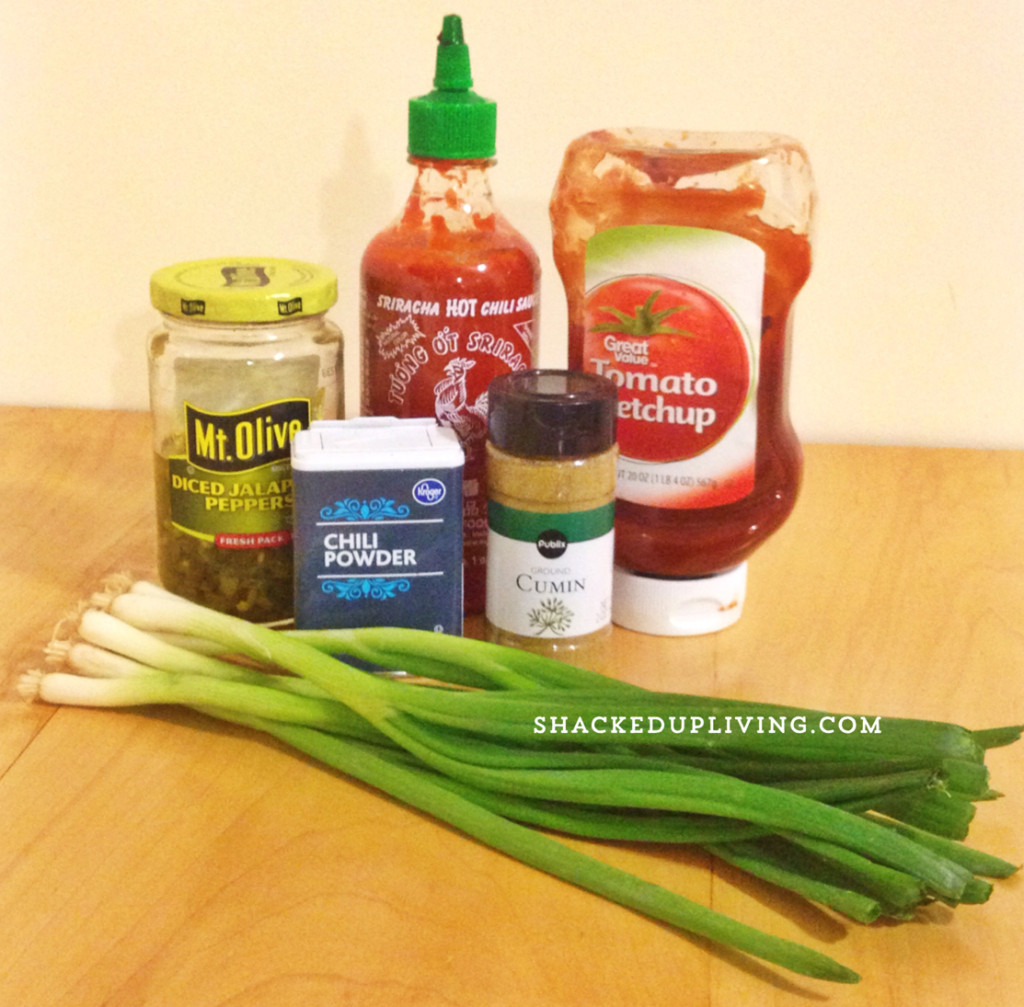 Low-fat sour cream (If you haven’t totally abandoned your New Year’s resolutions yet.) 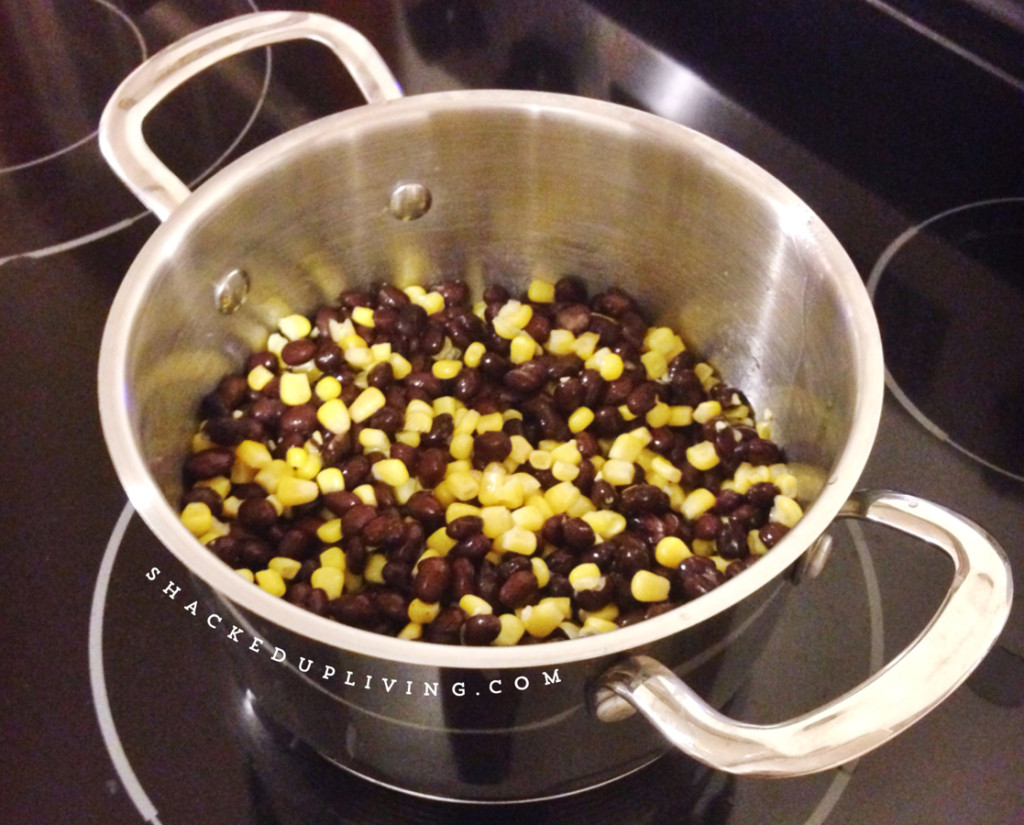 Basically throw all that junk in a pot and let it simmer, stirring occasionally, until you’re too hungry to resist any longer. For me, that’s usually 25-30 minutes. 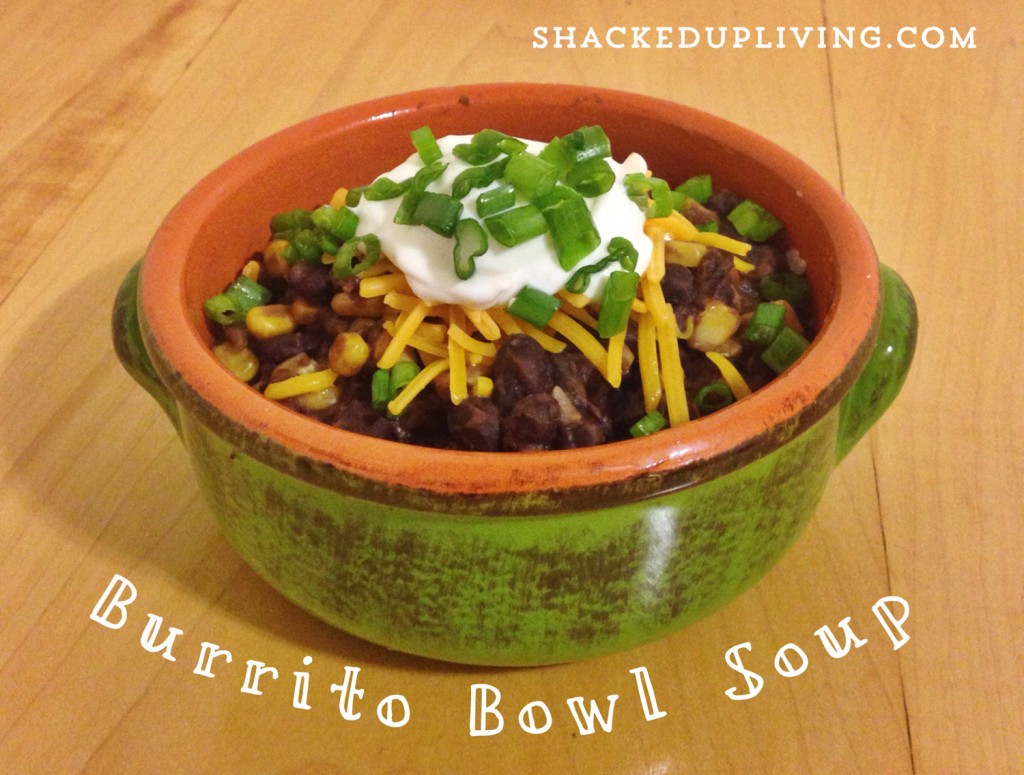 Serve on rice, or scoop with BLUE tortilla chips. Or both, if you’re feeling indulgent.

Garnish, and you’ve got yourself a meal.