Once you get past your own reservations about sharing a home with your beloved, you have to address the fact that you are not only signing up to take on their bizarre quirks and habits, but also their family. 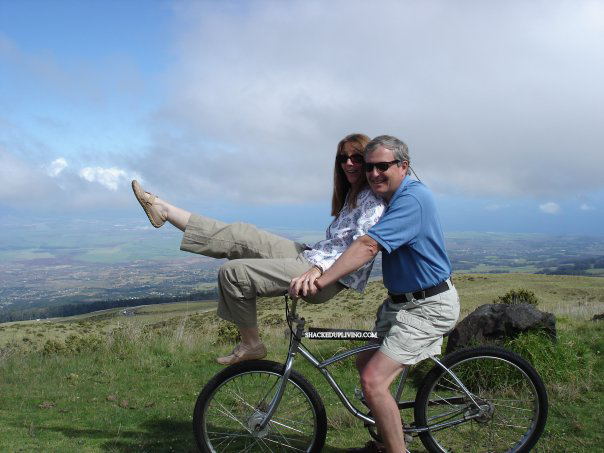 Kat Pat and Papa John are a bit less traditional than most parents.

How To Tell Your Family

Robert and I are both blessed with loving, supportive families, but they are not without quirks of their own.

Deciding how to broach the subject of living together can be tricky, depending on your family’s religious or personal beliefs.

My family was mostly just thrilled I found someone willing to put up with my crazy on a full-time basis. After two years of dating, Robert had them convinced that he was a stand-up guy, who planned on taking care of their precious daughter. When presenting our decision, I was very honest, yet firm. Not that they had many objections. 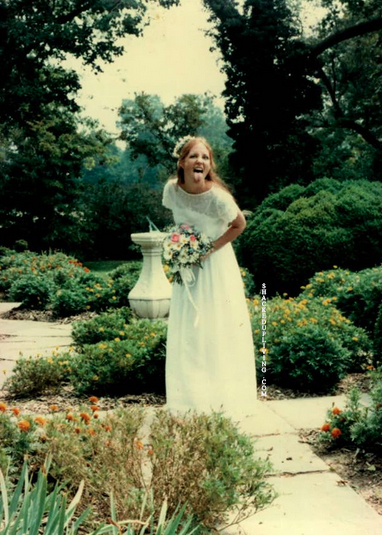 My Mother. The epitome of grace.

Even my sister, married to a Brethren preacher’s son, lived with her husband before the big day. They, however, took a sneakier route, and kept a decoy toothbrush in the downstairs bathroom to convince his pious parents that she was sleeping in the guest bedroom, and therefore, not completely defying their wishes. It was a crock of hooey, but it made his parents feel better.

A native of Middle-of-nowhere, AL, Robert was brought up in similarly conservative Christian home. A far cry from my Northern, hippie upbringing. While I took the, “I’m a grown-ass woman, I do what I want,” stance on the subject of cohabitation, Robert’s family required a bit more finesse.

I can’t be sure if Robert even informed them outright about the transition, or if we just began referring to, “our house,” and told them about the amazing furniture steals we found for “our living room.”

The decision was gracefully, and wordlessly accepted by his parents. It was obvious this wasn’t their ideal situation, but they respected the fact that we were financially independent adults. It also helps that they love me because I am a delight.

Despite the fact that they were fully aware of our situation, we never flaunted that a Yankee hussy had fleeced their golden boy into living with her. We were discrete with the details of our living situation, but spoke honestly if asked.

The only snag came when we went the beach with 35 members of Robert’s extended family.

We decided that Honey, the regal matriarch of the family, should be kept in the dark, lest our scandal induce some sort of rapid heart palpitation.

When she said she would love to see my (non-existent) apartment in Nashville, I simply responded, “Not much to see!”

For the rest of the family, we took it on a case-by-case basis.

If asked directly about whether or not we lived together, we would demurely respond, that we were. Most of the family seemed to sense the truth, but didn’t probe further in order to maintain their plausible deniability.

All but one curious aunt, that is. One night after a gut-busting family meal, she appeared at my elbow with a mischievous grin and asked if I had moved in with Robert.

Startled, my face became flushed as I revealed that her suspicions were true. She whispered that she was happy for us and thought we were a good match. She supported our low-profile approach, however, and emphasized that we shouldn’t trumpet our news around.

I later found out that most of Robert’s cousins had lived with their respective significant others, but kept the details on the down-low.

Every family has their own values and beliefs, but the thing they have in common is their unconditional love. Deciding to divulge the exciting news to your family can be risky, but, if done delicately, can prevent you from having to evade questions about a very important part of your life.

They may not understand or totally support it, but in the end, it’s your decision to make.