Raised by a woman who prides herself on her ability to make fart noises with her armpit, my stance on bathroom humor is a bit more lax than Robert’s. His mother is the picture of southern decorum, with pin-straight posture, and an abhorrence for anything crude.

These very different backgrounds resulted in some exciting experiences in our first few months of living together. 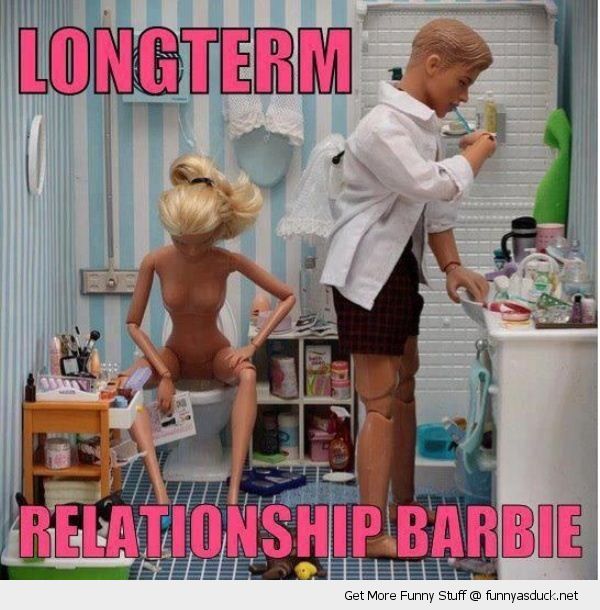 Don’t be THAT couple.

The Couple That Farts Together, Stays Together

I maintain that if you can’t fart in front of each other, it’s not true love. Robert, on the other hand, chose to maintain the illusion that ladies do not expel any sort of gas or waste, whatsoever. As an engineer, I’m sure he realized an impossibility of this theory, but he clung to it none-the-less.

I took it upon myself to shatter this misconception, but the horrified faces and genuine disgust my deliberate flatulence elicited from my darling made me realize that maybe it’s best to keep some things to yourself.

While it is important to be comfortable with each other’s bodily functions, maintaining a certain level of mystery is equally important.

Understanding that there will be the odd nocturnal emission or surprise cough/fart combo is different than knowingly blasting your loved one with noxious fumes.

One recommended tactic is the “Clench and Dash.” If you feel a particularly noisy or deadly eruption brewing, simply tighten those buns and scamper to another room. At this point in our relationship, I no longer come up with an excuse for abandoning our conversation abruptly. Robert usually understands that when I leap out of the room like a constipated bunny rabbit, I am doing him a service, and does not question it.

On the rare occasion that he doesn’t get the hint, and follows to continue our discussion, a simple, “Don’t come over here!” will suffice.

One of Robert and my favorite movie scenes is from the classic, House Bunny, featuring the lovely Anna Faris.

In this scene, burly sorority reject, Carrie Mae, attempts to chat up some “cutesicles” at the bar with the aid of Faris’s character, a Playboy playmate turned house mother.

Carrie Mae sidles up to a group of frat boys and attempts to spit her game.

“Excuse me, do you know where the crapper is?” Carrie Mae asks.  “I have to drop off some timber.”

After a brutal rejection, Faris advises our hero that sometimes men like their women with a little bit of mystery.

Carrie Mae makes another attempt, saying, “’Scuse me, do you know where the crapper is? I have to do a very mysterious thing in there.”

This scene has become the basis of how Robert and I address our basic bathroom functions.

We recognize that our business is best handled with as little fanfare as possible. We both know it has to happen, but there is no need to advertise it.

We strive to keep a closed door between us, especially when “dropping off some timber.”

Sharing a single bathroom makes things even more interesting. Often, one of us will be forced to brush our teeth in the hallway, while the other is attending to their nightly deposits.

Bathroom visits while the other is in the shower are frowned upon, but sometimes necessary. These urgent visits must be No. 1 only, and executed as quickly and quietly as possible.

When it comes down to it, everyone must do it. But finding a compromise between being comfortable with each other, and maintaining an air of mystery will benefit your relationship in the long run.

Trust me, you have the rest of your lives to gross each other out.